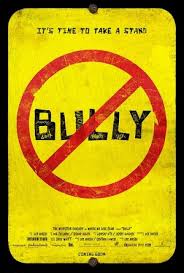 The Weinstein Company’s anti-bullying documentary “Bully” shows the painful reality of five bullying victims and their families, giving faces to the estimated 13 million kids who are bullied each year. Directed by Lee Hirsch, ‘Bully’ follows the lives of two families who lost their sons to suicide because of bullying and three bullied youth trying to navigate their towns, schools and school buses to avoid more bullying.

In one scene, Alex Libby is verbally and physically bullied on the bus, yet the bus driver and his fellow students do nothing. Although the cameras captured the incident, the assistant principal — who was not on the bus — had a different view of reality, saying, “I’ve been on that bus. They (students) are just as good as gold.”

As “Bully” aptly illustrates, school buses can become torture chambers for kids who become targets of bullies. “It broke my heart to see the scenes of Alex Libby being bullied on the school bus,” said Nicholas Pizzo, director of organizational development at Student Transportation, Inc. “In 2010 we decided to take on bus bullying by creating anti-bullying training modules for all of our employees and bus drivers. We think all school bus companies should take bus bullying seriously and we applaud the makers of the movie ‘Bully’ for bringing this to everyone’s attention.”

In another scene, parents of a bullied student meet with school administrators. “The officials mishandle the situation,” says Betty Hoeffner, author of the ‘Stop Bullying Handbook’ and co-founder/president of Prevent Bullying Now and Hey U.G.L.Y. Unique, Gifted, Lovable You, the international nonprofit organization that empowers youth to be part of the solution to bullying.

“Like the rest of the audience I was appalled at how the assistant principal and principal handled the bullying situation,” Hoeffner said. “I started negatively judging these school officials then I remembered what we teach youth — to not negatively judge others. I realized these administrators and teachers have zero training in how to handle these situations.”

The U.S. Department of Education now regards school bullying as a civil rights issue. As a result, schools have been warned that if they don’t take bullying seriously and work harder to protect students, they could lose their federal aid and face prosecution.

To ensure that bullying is not ignored, 45 states have passed anti-bullying legislation. Last September, the State of New Jersey became the first to require teachers to complete professional development courses on bullying and require each school to appoint an anti-bullying specialist.

“‘Bully’ calls attention to schools’ failure to effectively deal with bullying,” says Jim Burns, who has 35 years of experience in education. He is a certificated school administrator in New Jersey and earned a master’s degree in special education. Burns has studied issues of bullying since the Columbine shootings and believes the problem has become an epidemic.

Burns wrote and co-designed the course, “The Bully Proof Classroom,” with Paul McEnerney. The course has been endorsed by the New Jersey Education Association and is taught at The College of New Jersey and Gratz College in Pennsylvania. Burns and McEnerney have trained 20 classroom teachers to teach the course in both states. The course gives teachers skills and techniques for handling classroom bullying. “One way to reduce bullying is to offer K-12 programs that teach the essentials of good character, such as respect, responsibility and kindness,” explained Burns. “Schools could cut the number of bullying incidents in half by offering anti-bullying programs like Hey U.G.L.Y.’s solutions-based curriculum which teaches self-esteem and empathy-building lessons. Kids who are victims grow up and have relationship problems. They become adults whose bitterness as former victims causes them to take out their anger on family members.”

“Young people can stop being victims or bystanders of bullying by understanding what causes the problem and learning how to become part of the solution,” according to Hoeffner, whose Stop Bullying Task Force curriculum takes a peer-to-peer approach to tackle the issue. What differentiates Hey U.G.L.Y. from other organizations with similar goals is that it has tools to empower youth to have empathy for themselves and others, especially the bully. After completing the empathy for the bully exercise in Hey U.G.L.Y.’s Stop Bullying curriculum, students report that the pain they’ve experienced from bullying situations is reduced an average of 85 percent. Students say they no longer feel alone.

Hoeffner strongly believes that all kids should see “Bully” so they will know that they’re not alone in their suffering. She hopes educators and parents will see it and be inspired to look for programming that will help them learn how to handle bullying situations fairly and responsibly.

“In the documentary, Kirk Smalley, father of suicide victim,Ty Smalley, says, ‘The kids are going to be the answer,’” noted Hoeffner who agrees wholeheartedly and is reaching out to others who are working to empower kids to be the solution.

Empowering youth to be part of the solution to bullying is critically important according to Katherine Kohler, assistant counselor at Rolling Prairie Elementary School in Indiana. “Hey U.G.L.Y.’s initiatives are giving kids what they need to be proactive peace makers, not only in their schools but also in their future. We can’t expect kids to have skills to stand up for their peers unless we teach them. We can’t expect kids to know what social justice, diversity, prejudice and self-esteem are until we teach them.”