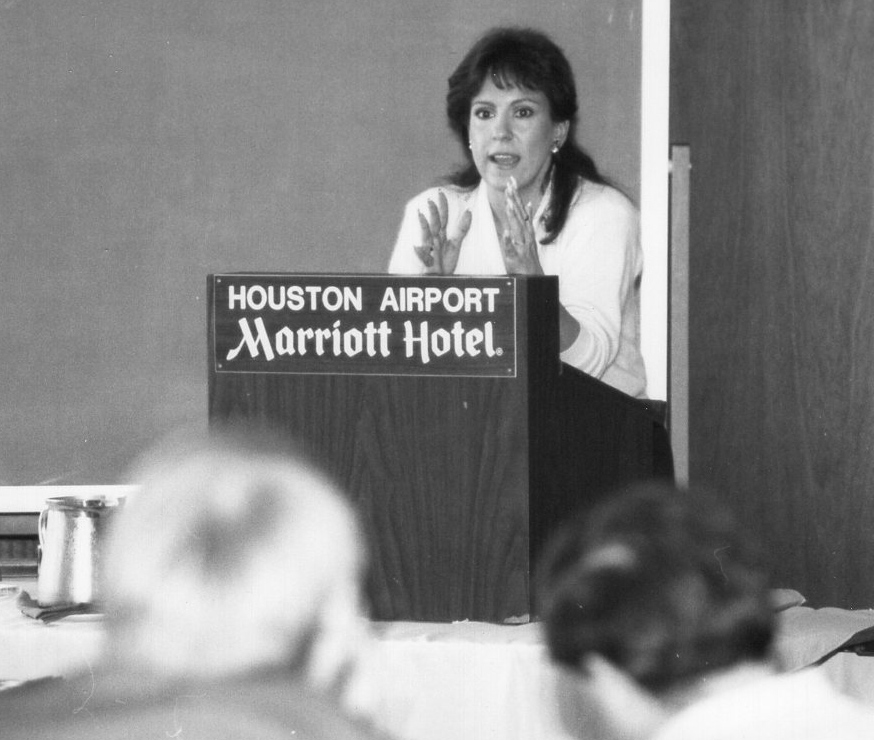 She has successfully arranged guest appearances for clients on Good Morning America, The Today Show, and numerous other national and local television and radio programs. Clients large and small have graced the pages of The Wall Street Journal, Newsweek, People and USA Today, business sections of leading newspapers and magazines from coast-to-coast.

She has achieved great success in keeping her clients’ name out of the press during times of media crisis … as well as an 89% success rate at stopping and/or softening negative press coverage on shows such as 60 Minutes and 20/20 and locally produced news broadcasts.

After retiring from PR, Hoeffner co-founded Hey U.G.L.Y.-Unique Gifted Lovable You, a 501(c)(3) nonprofit organization that empowers youth to be part of the solution to bullying, racism, substance abuse and suicide. Content the HeyUGLY.org website and in their in-school self-esteem & empathy-building bullying/suicide prevention assemblies are saving the lives of young people who are suicidal because of being bullied and childhood trauma.

Hoeffner is an author, radio show host and key-note speaker on the subjects of bullying and suicide prevention. She is executive producer of the award-winning film, Things You Should Know Before Entering the Hospital.

“I hired Betty to launch the Boston Chicken franchise. In the first few weeks her team landed our story on Page One of Section Two of the The Wall Street Journal which generated over 250 qualified franchise leads within 24 hours of the Wall Street Journal story, AND nine franchise sales by the end of MAY.  That article was pivotal in propelling Boston Chicken into the national media limelight. It also received interest from former Blockbuster executives who had a plethora of prospective franchisees already in the wings. The former Blockbuster executives bought the chain and changed the name to Boston Market. As president and CEO of TCBY Systems, Inc., I retained Hoeffner as part of my overall strategy to increase sales and improve franchisee relations at that national yogurt retail chain. Not only is she one of the best public relations I’ve ever worked with, she has an amazing business mind that has served me well.” Charlie Cocotas, former CEO of Boston Chicken and TCBY.

“Betty Hoeffner impressed me instantly. I wanted Betty to work with me and Karen Anderson, our internal public relations person, to implement a winning press strategy in virgin markets. Betty jumped all over this, amplifying the message in ways designed to better fashion our brand. We began to get good copy in magazines like Newsweek, Time, Fortune, Inc., Entrepreneur and Ad Week, as well as hybrid-type stories in outlets like People and US Magazine. We also appeared on the business pages of The Wall Street Journal, USA Today, and numerous local newspapers. I appeared on many of the major talk shows of the day: Live with Regis and Kathie Lee, The Sally Jessy Raphael Show, The Today Show and CBS Morning News–as well as several local shows in major markets. ” Joan Barnes, president and found of Gymboree in her book, Play It Forward.

“Betty Hoeffner is the best PR person in the world. I should know. I’ve worked with many at the various Dick’s Last Resort Restaurants we run throughout the U.S. and England.” Brenda Crouch, Director of Marketing for Dick’s Last Resort.

“When Hoeffner began representation, Supercuts we had no presence with the media and a very tight public relations budget. So she jumped on this challenge the very first week! While she was developing her first quarter storylines, she conducted a survey of the stylists creating “The Best And Worst Tressed” annual listing. The strategy was to publicize Supercuts’ size and expertise…the fact that there were 6,000 stylists at stores across the nation who were experts at determining what symbolized the best and worst in hairstyling. Survey results aired consistently on local and national media including Entertainment Tonight, The Tonight Show and in numerous publications including People Magazine and USA Today. The results of her work speak for themselves: # final media recap, which analyzed annual placements, reported 31,588,500 total households influenced, 7,440,000 of which were through national media outlets such as Seventeen Magazine, Allure, Mademoiselle and Glamour; sales increased 25% year one; 37 % year two; 42% year three; 32% year four; successful execution of our IPO.” Betsy Burton, CEO of Supercuts