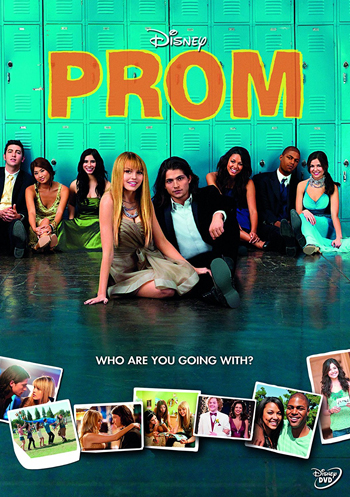 The movie “Prom”, released April 29, proves to all who watch that a person is defined by their actions, not by their parents or what others label them. In an effort to encourage teens to see this movie, Hey U.G.L.Y. – Unique Gifted Lovable You, the nonprofit organization that empowers teens to be part of the solution to bullying – and their teen movie review board, SEEIT, are endorsing this film.

Prom portrays the precarious passage from high school to independence as some relationships unravel and others ignite. The stand out story for SEEIT was the relationship between Nova Prescott (Aimee Teegarden), head of the prom committee, straight A student and born rule abider, and Jesse Richter (Thomas McDonell), school trouble maker.

“He is the outsider character, sort of a loner,” explained McDonnell in KidzWorld.com. “He has trouble and problems with his family and gets in fights, but he’s not a bad guy. He’s just misunderstood by the school.“

As the movie progresses we learn that Jesse’s addicted father cannot raise his two sons, leaving Jesse in the role of caring for his little brother with no help. Jesse is a great father-figure to his little brother, but the emptiness he feels by not having someone to care for him comes out in raging physicality and total indifference to the prom. After one incident of violence, Jesse is sentenced to work with Nova on prom setup by the school principal to teach him a well-deserved lesson. Though neither of them want to be working together, an unlikely friendship forms that turns into something more.

“Jesse tried to act how he saw his dad act – that ‘bad-kid-don’t-mess-with-me’ kind of attitude – because that’s all he knew,” explained SEEIT member Lucas Neuhold, a high school junior.

“Everyone at the school thought Jesse was just like his dad,” commented Hey U.G.L.Y. co-founder and president, Betty Hoeffner. “Often when a person feels judged a certain way, instead of doing the hard job of proving them wrong, they become what people project onto them.”

“Jesse had to prove everyone wrong and [during that process] we got to see him become his own person,” noted Neuhold.  “Jesse discovered his worth and that he’s a totally different person than his dad.”

However, their story wasn’t the only one with problems. While Jordan Lundley (Kylie Bunbury), the most popular girl in school and born prom queen, prepares to attend prom with her high school sweetheart, Tyler Barso (De’Vaughn Nixon), she has to learn a great deal about herself. Tyler is the most popular guy at school, captain of the Lacrosse team and born prom king. With all of this going for him his insecurities lead him to cheat on Jordan with Simone Daniels (Danielle Campbell).

“My character doesn’t know who he is,” said Nixon in an interview with Sister2Sister.com. “I remember going through that in high school. You are figuring things out and don’t know what love is.”

“Only you can define yourself,” decided SEEIT member Deanna Menke, a sophomore, after observing Jordan’s reaction to discovering Tyler’s cheating. In a pivotal scene, Jordan tears all the pictures of her and Tyler off her mirror and throws them away, thus revealing only Jordan’s reflection in the mirror. When Jordan’s little sister comes in the room and notices the clean mirror, she simply says, “I like it better that way,” to which Jordan responds, “Me too.”

SEEIT’s final “Prom” couple favorite consisted of Mei (Yin Chang) and Justin Wexler (Jared Kusnitz), who were considered the perfect couple by all their friends. Mei is an artistic and stylish girl who wants badly to attend a school for design in New York, while Justin is a smart, understanding guy set on attending the University of Michigan with his high school sweetheart. Unfortunately, their long-term relationship is tested during this movie when a secret threatens to tear them apart.  Near the end of the film, however, Mei is without a prom dress and asks Justin, “Do you think anyone will notice if I wear my homecoming dress?” He replied with “Who cares?”, but simply asking that question is a good example of how concerned people are with the opinions of others.

“We’re all labeling each other, and soon we’ll become all of those labels,” commented Neuhold. “We all are who we are, no matter what society tells us.”

Menke agreed. “When you blind yourself to all expectations, you meet them.”