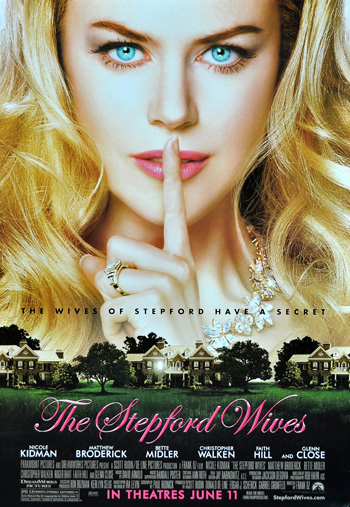 As the Stepford Wives movie graced theatres across America, HeyUGLY.com and CollegeBound’s CB Teen magazine were busy surveying teens to see if they were “Stepford Teens”. The survey sought to find out if young women felt the need to “dumb themselves down” to be more attractive to men.

The first question asked in the survey was … Have you ever pretended you didn’t know something that you knew so a guy wouldn’t feel intimidated? Results showed 65% said rarely or never, 26% said sometimes, and 9% said often/always to the dumbing down question. “The results are good news/bad news,” according to Betty Hoeffner, co-founder of Chicago-based, HeyUGLY.org cause dedicated to helping teens with self-esteem issues while teaching them how to turn negatives into positives – UGLY stands for unique gifted lovable you. “That more than half the young women surveyed rarely or never pretend they don’t know something is good news. But the fact that 35 % of young women admit that they do pretend they don’t know something, believing a guy will be intimidated by their knowledge … that number is too high. Culturally, we need to impress upon our young women that knowledge is power, that their intellect is a gift, and that in order to reach their full potential, they have to let go of stereotypes and the ‘need to please’.”

The second question asked if the teen girls had ever tried to hide their intelligence for fear that a guy would “lose interest if he saw the ‘real’ you?” 83% of the teenage girls said rarely or never, 9% said sometimes, 8% said often/always.  Seventeen percent of the young women surveyed believe that the “real” them, the “smart” them, would turn a guy off. “If these young women believe they need to hide who they are to be attractive to a guy, they are robbing themselves of their potential,” cautioned Hoeffner. While looking for answers in the survey, Hoeffner now has “so many more questions. Where are these young women getting the message that their intelligence will turn a guy off? From the young men themselves, their parents, friends, the media? It would truly serve young women if our society shifted it’s focus from the importance of the female physical ‘ideal,” to portraying intelligence as sexy.”

Gina LaGuardia, editor-in-chief of CB Teen, is proud of the survey’s consensus, as she feels it ignited thought and illuminated the importance of self-esteem issues. “Our young women surfers were able to examine the value of self-worth, and the consequences that result within one’s own heart in instances where they have hidden their intelligence and ambition for appearances.” By the very nature of their ambitions, says LaGuardia, the majority of today¹s college-bound teens are well-equipped in the self-esteem department, specifically when it comes to asserting their independence and intelligence. “Our goal at The CollegeBound Network is to continue to encourage that outlook. The higher the level of learning, the higher their level of worth.”

Rieva Lesonsky, editorial director of Entrepreneur magazine, which regularly features women and teen entrepreneurs, believes, “Men who are intimidated by successful women are men who aren’t worth being around. When I was a little kid (around 12) I knew everything there was to know about the NY Yankees. I remember a boy telling me that it was “cool” that I knew so much about the team (more than him) and I think I somehow subconsciously decided then never to pretend to know less than I do.”